You can build custom trends, called Ad Hoc Trends, inside Visual KPI and add them to your Dashboard. Visual KPI saves the parameters you set and updates them in real time on your Visual KPI Dashboard.

Each definition you create in the trend is called a “pen.” The Visual KPI Server retrieves, or calculates, the values associated with each pen definition based on the time range specified for the Ad Hoc Trend.

You can use functions and formulas in an Ad Hoc Trend using a Lookup value. 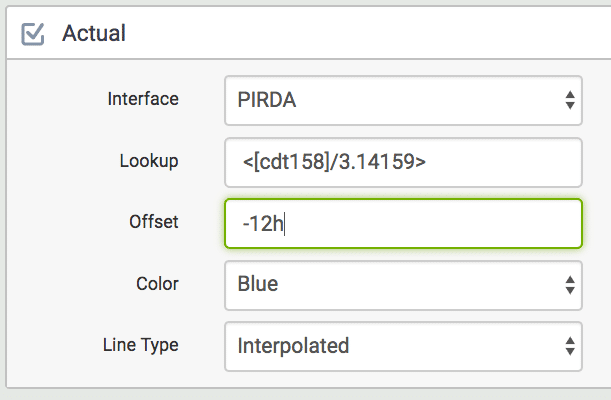 If you specify a tag name within a calculation, you must also specify the Interface from which the value will be retrieved. You can use multiple calculations for each pen, but they must all reference the same Interface. If you need to reference other Interfaces, create a new pen.

You can use an Offset when creating an Ad Hoc Trend, allowing you to compare trends using different start dates and times.

For example, you may want to show variations in the number of power outages and their trends over two summers. You can create the trend by defining two pens (each references the same tag) and assigning an Offset of “-12month” to one of the pens Then, set a custom range once the Ad Hoc trend is drawn.

When defining an Offset, use the following notations:

To learn more about Relative Time Functions and view a table of available time functions.

You can build an Ad Hoc Trend from scratch, or you can build it based on an existing KPI.

To build an Ad Hoc Trend, you’ll define KPI attributes by adding pens. Enter the values for Actual and at least one other KPI attribute. 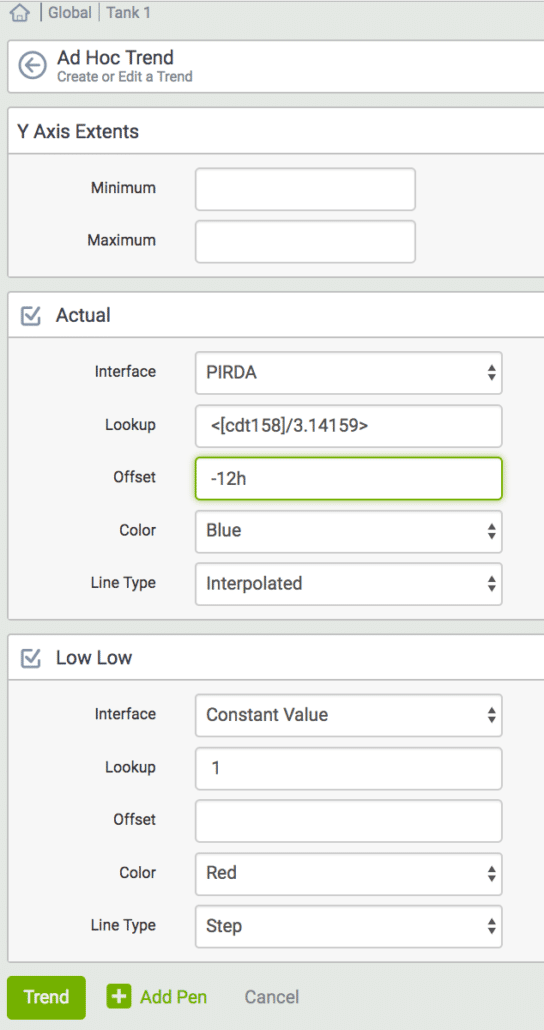 The Ad Hoc Trend will be added to your Dashboard.