Visual KPI Groups allow you to organize your data in a way that makes sense for your organization. Groups allow users to quickly navigate data on your Visual KPI site.

The concept of Groups is simple but powerful. Any Visual KPI object, such as a KPI, Chart, Table or embedded content can be organized in a Group. Let’s say you create Groups based on regions. Each Group can contain data relevant to that region.

You can have Groups within Groups, and objects can live within the Groups at any level. For example, you could add sub-groups to organize data for each plant within a region.

Learn more about the attributes of Groups.

The data that is eventually visualized on your Visual KPI site can live in one Group or in multiple Groups.

A static Group means that objects live in only one assigned Group. Continuing with the regional Group example, you may assign all KPIs for the plants in that region to that one regional group.

But let’s say you want to create another Group that visualizes data in a different way. Rather than displaying the data for one region, you want to also show an attribute of all plants across all regions. You can use Dynamic Groups to display relevant data. A Dynamic Group will show data based on attributes you select. For example, if you create a custom attribute called “Temp” for temperature, you can dynamically display all KPIs that have a “Temp” attribute.

Dynamic Groups are especially useful for moving targets, such as assets that change geolocation. If you have transportation moving materials, you can create Dynamic Groups to track assets in time and according to location. For example, you could create a Dynamic Group that returns the data for all trains inbound to San Francisco. In this group, you could have KPIs based on the materials each is transporting.

Open Visual KPI Designer and connect to the appropriate site.

Select the Groups tab and click the New Group icon ().

Enter a name for the Group.

Note: If you have a worksheet with Groups open and want to remove all Groups from the current Group worksheet, select the Replace worksheet contents checkbox (any unsaved changes are lost). This will also remove the existing Groups from your site.

To save a Group, place an “x” in the first column and click the Save (  ) icon  in the open Groups tab of the Objects Toolbar. It is important to note that ALL Groups with an “x” in the (x) column will be saved. You can remove the “x” for any Group you do not want to save or update.

Here are a few basic attributes you may want to define. See a full list of all possible Group attributes in the Group Attributes & Keyword Reference.

Add Text to Display on the Visual KPI Site

The Description appears under the Group Name on the Visual KPI site. By default, the name of the Group displays. You can add text to the Description column if you want a different descriptor. For example, a Group called Region NE could have the Description NE Region Power Gen Sites.

If you want the data on the Groups page to be displayed differently from the default Rollup visualization, define another default view. For example, you could select a List View or Geo Map view. You can also select the visualizations for the other objects in the group, such as KPI View, Chart View and Table View. 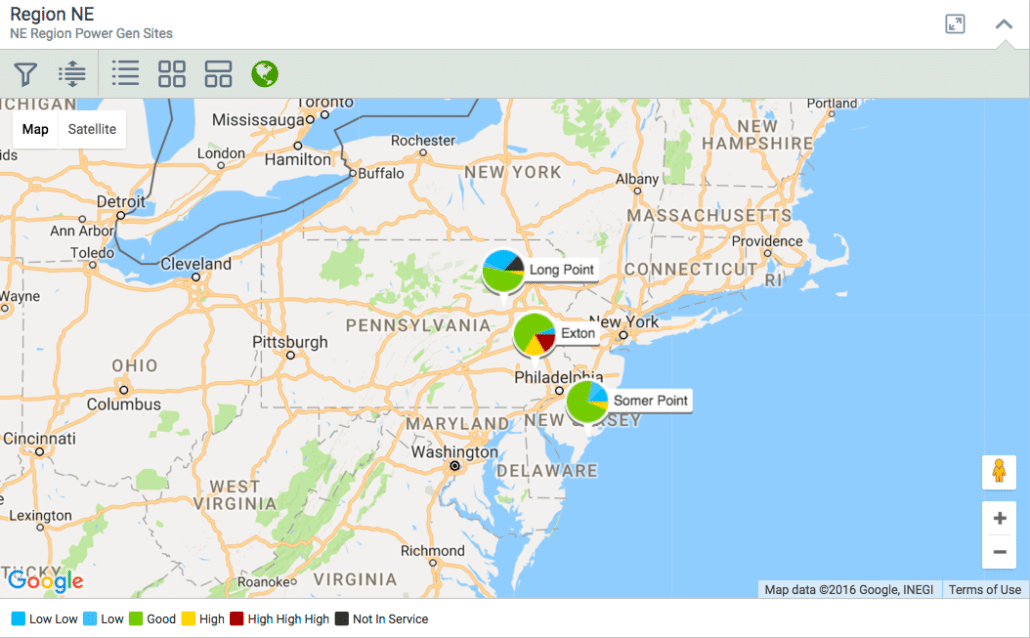