Why I became an engineer. I remember the exact day. 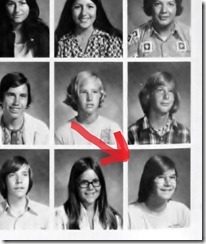 I had just returned from giving a speech to high school students at the Discover Engineering Weekend at UCSB and without much thought, I inserted “why I became an engineer” as the theme which incidentally went over quite well.  That night I told a good friend of mine about it and he convinced me to blog the story.

So, here is the first of several huge events that led me down this path.

I was always the “fat kid” and the one picked last for any sport.  Odie Hallowell was a guy that lived across the street from me and he was ALWAYS the team captain for ANY sport or team game we played as kids.  He used to say “if I have to take Saucier, then I get an extra guy.”  Over a bunch of years, that kind of thing did weird things to me and steered me away from situations where I might be embarrassed by my complete lack of physical coordination.  I never really had any plans for what I was going to be.  I never wanted to be an astronaut or a fireman or a doctor.  I was pretty sure that I would be “picked last” for those as well.  I just stopped thinking about the future.

That all changed when I took Mrs. White’s Chemistry class at Dos Pueblos High School.  Because of my late birthday, I was always the youngest kid in my classes, sometimes by a whole year, so on top of being a pudgy klutz, I also missed out on a lot of the banter, inside jokes and inappropriate humor that comes with being a year older.  So it was a pretty ironic that my lab partner turned out to be Pam Wilkins – the absolutely hottest girl in school.  I am not sure what she thought, but I was in heaven.

One day early in the year, we had some trivial experiment involving mixing some liquids and seeing a color change (yes, it pre-dates the manufacturing intelligence work we do now by just a bit).  No one was getting the results in our book and people were getting riled up.  Each group was just dumping the materials together and then getting a sludgy material instead of a well-mixed material. 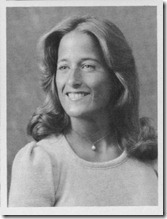 I saw the problem – the mixing was supposed to take place slowly vs. all at once.  It turned out that the process of mixing the materials just as important as what you were mixing!  After this revelation, Pam the hottie and I had no trouble getting the correct results and she named me “Professor Sauce” on the spot.  Her status as the class supermodel (and a SENIOR no less!) rubbed off on me instantly, and the rest of the Chemistry class started calling me Professor Sauce as well.  Before I knew it the immature, pudgy klutz had become popular for something – something I was actually GOOD at.   I knew on that exact day that I wanted to figure out how to make stuff, solve chemical problems, and to do it right.  I only later found out it was called Chemical Engineering.

This was only the first of several key moments that would lead me to a great education, creating software companies, and much, much more.

Oh, and the same friend I referred to at the beginning is trying to talk me into adding the other key events as a short series and I promised him I would try.  Wish me luck and please add a comment if you like what you read (or if you don’t).