He has been called the “Leonardo da Vinci of data” by the New York Times.  This was evident at the San Francisco Westin in mid-December as close to 1500 devoted followers paid almost 400 bucks each to hear Edward Tufte talk about visualizing complex data.  Given what we do at Transpara, there was no way we would miss it.

Tufte’s thesis is “do whatever it takes to explain something.”  By this he means use a diversity of display methods, a diversity of data, remove “chart junk” and replace it with evidence.  Key themes: 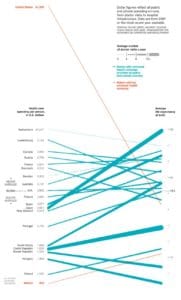 All three of these may sound contrary to your average PowerPoint skills curriculum, but there is a reason Tufte has this following.

Mr. Tufte thinks there is no relationship between the amount of detail and the ease of understanding.  The optic nerve processes the equivalent of 20 megapixels per second, so there is no doubt our physiology supports high-bandwidth displays.  “Information Overload” is always bad design, not too much data.   Tufte shared a good design for showing 400,000 pieces of data on a single 11×17 piece of paper without being overwhelming and still allowing for an immediate grasp of meaning (hint: he used “sparklines” to condense the space required to show huge data sets, just like we do in Visual KPI).

Tufte goes on to use the Sports Page in a newspaper as a great example of data density and information layout and compares this to PowerPoint charts and graphs.  There is an average of only 12 data elements in a typical PowerPoint table, but an average of 150-200 data elements in a sports score table.  “Did we suddenly get stupid just because we arrived at work?”  has asked us.  He suggested that we relegate PowerPoint to being the “operating system for the overhead projector.”

Information wants to be free of the shackles of over-designed user interfaces, 3-D charts, perspective views, all of this “non-data” simply gets in the way of communication for the purpose of understanding.  Data should always be arranged to support reasoning about the information.

The Dangers of Glitziness and Other Visualization Faux Pas

My personal highlight was his page-by-page review of our mobile scorecard application.  While much of Visual KPI is already organized in the spirit of Tufte, his personal review and critique of the Visual KPI design has meaningful implications for us going forward.  I won’t share the details here but expect a few incremental improvements to further embrace the parsimony and simplicity of Edward Tufte.  But I digress…

For us, or anyone who cares about visualizing data, scorecards, KPIs, dashboards, or just good design, the lesson is that you must understand the differences between Tufte’s view of data and the sometimes overly popularized view of simplicity for simplicity’s sake or you are missing more than half of the story (and Tufte would also disapprove of doing that).

His books are amazing (and beautiful, right down to his choice of paper) and there is much to learn about him on the interwebs.