Visual KPI shows your data in real time. The timestamp display in the top bar of Visual KPI sites shows you the exact time, down to the second, that the currently viewed data was returned. You can choose to display the timestamp based on the server time or the client time, even if the server and Visual KPI client are in different time zones.

Use the  Site Settings icon () to access Features & Config/Website. 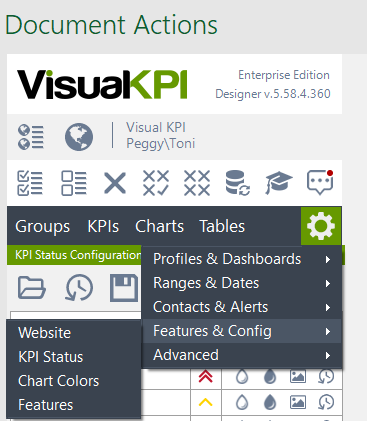 The Website Configuration worksheet opens. This is where you configure all of the site-wide settings for your Visual KPI sites. 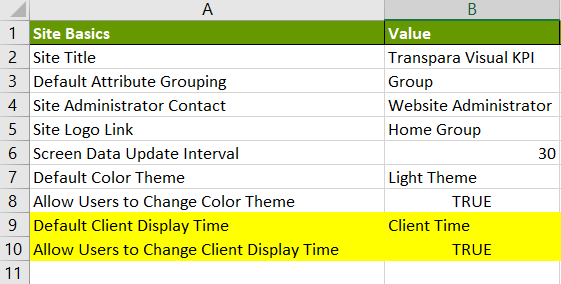 Use the pulldown menu to select the default client display time: Client Time or Server Time.

Once you set the Default Client Display Time, you can decide whether or not users can change the timestamp display inside the Visual KPI client. In the Website Configuration worksheet, use the pulldown menu next to Allow Users to Change Client Display Time.

To allow users to change the Client Display Time and toggle between client display time and server time, select TRUE.

In your Visual KPI site, users will have the option to toggle between client display time and server time. 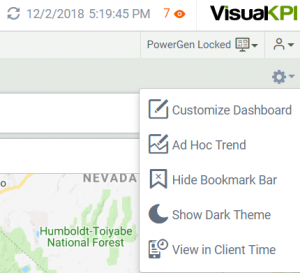 If you don’t want users to change the default display time, select FALSE. The toggle won’t appear in your Visual KPI site.